Tiger Cave Temple, also known as Wat Tham Suea, is one of the most popular tourist attractions on the mainland of Krabi Province. The temple has two major attractions for visitors: its hilltop temple viewpoint, and the caves from which the temple gets its name.

The only way to reach the viewpoint at Tiger Cave Temple is to walk up the stairs. The walk is hard work as the stairs are steep and the temperature in Krabi Province tends to be hot, even early in the morning which the best time to attempt the walk up. There are are over 1,260 stairs to climb which takes 20 to 40 minutes depending upon how fit you are and how many rest breaks you take. On the way up or down you will encounter a large troop of macaque monkeys which are not dangerous unless they can see you have food or you attempt to touch the monkeys, in either case you risk being bitten or scratched.

When you reach the top there is a large observation platform with shrines, a chedi tower and a large seated golden statue of the Lord Buddha. There is also another shrine in a separate building which you need to climb more steps to reach. On all four sides of the main observation platform there are great views of the surrounding countryside, including some spectacular steep hills.

There are lots of caves at the Tiger Cave Temple of different sizes. Most of the caves have shrines inside. Some of the caves also have small houses called kuti inside which the monks use as retreats for periods of meditation. One of the caves is called Tiger Hand Temple and there are marking in the wall of this cave which look like the scratches of a tiger claw. Whether tigers ever lived in this forested area of the temple is not known, The high cliffs surrounding this area of caves would have made it difficult for tigers to have lived there so this unlikely. Nonetheless, the tiger paw like like marking on the wall of the cave give the temple its name.

There is no admission fee to visit the Tiger Cave Temple although donations are gratefully received. The temple is reliant on donations from visitors and worshippers for its upkeep and to feed and clothe the many residents monks.

The Tiger Cave Temple is open every day from 06:30 to 18:30, which is daylight hours in Southern Thailand. Getting to the temple is difficult if you don’t have your own transport as the temple is 4.9 km from centre of Krabi Town and there is no public transport which goes there. if you don’t feel confident about renting a car or motorbike then you can hire a tuk-tuk or taxi to take you there and wait whilst you see the temple. Alternatively, most local hotels or travel agents can arrange for you to join a tour which may be a little cheaper than hiring a taxi if you are travelling alone.

Location of the Tiger Cave Temple. 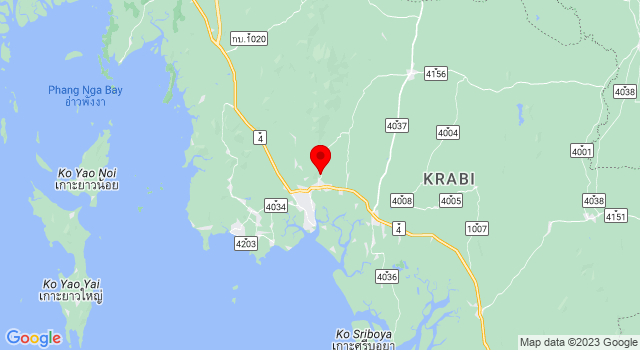 No votes so far! Be the first to rate this post.

There are four ways to travel from Suvarnabhumi Airport to Hua Hin: 1. taxi from the airport,  2. go to Bangkok city centre to board a train, 3. take a minivan from Bangkok Southern Bus [Read more…]